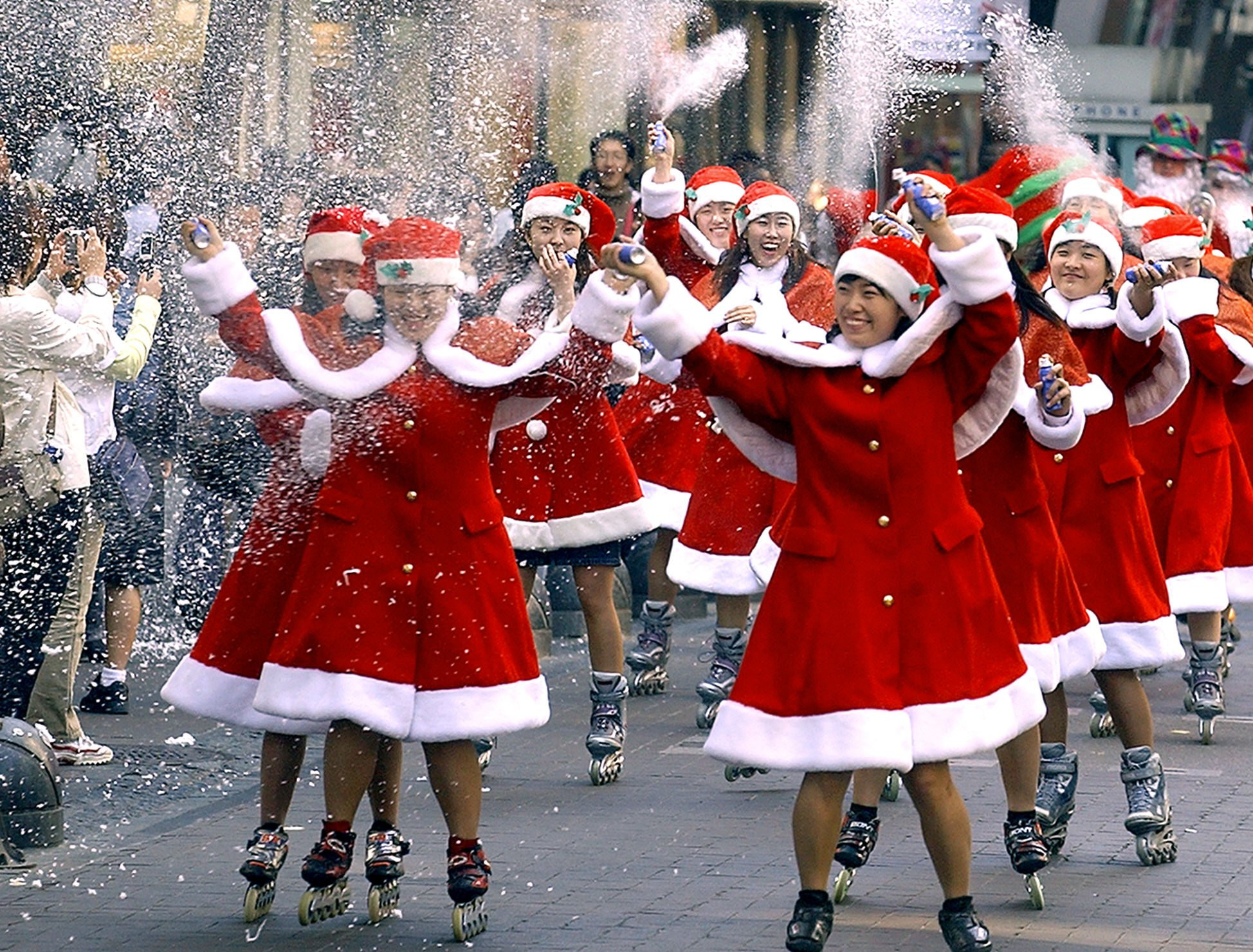 Christmas in Venezuela is celebrated with a number of religious and traditional customs. Since a majority here follows Roman Catholicism, celebrating the birth of baby Jesus is an important part of the festivities. Christmas is the main holiday during which Venezuelan families get together and celebrate. The religious celebrations commence more than a week before on 16th of December with masses every morning through to December 24th, when the midnight service (Misa de Gallo) is held. In the capital city of Caracas, it is customary to roller-skate to this service and many neighborhoods close the streets to cars until 8 in the morning. 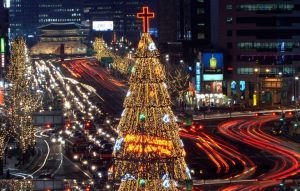 The main celebration begins on Christmas Eve. Families and friends come together to enjoy the traditional holiday meal comprising ‘hallacas’, long breads filled with cooked ham and raisins known as ‘pan de jamón’ and ‘dulce de lechoza’, a dessert made of green papaya and brown sugar, cooked bit by bit for hours and served cold. Christmas trees are put up and adorned in most homes. The most indisputable Venezuelan convention, however, is the displaying of a Nacimiento (Nativity scene). The pesebre is a more refined version of nacimiento, sometimes becoming a real piece of art by its own right. Representing an entire region with mountains, hills, plains and valley, it has a replica of the manger at Bethlehem in the center.

Children wake up to find their gifts around the Nacimiento or the Christmas tree on Christmas morning. According to the Venezuelan tradition, it is the Child Jesus who brings gifts to the Venezuelan children instead of Santa Claus. Music is an important part of the celebrations and traditional songs called aguinaldos are played at this time. In the olden days, the aguinaldos singers (called aguinalderos)   would go home to home singing songs and playing traditional instruments.

Some fun facts about Venezuela to know the country better:

There is a lot more about this country that you’d like to know as you go visit this beautiful Latin American country inhabited by beautiful people (literally!).